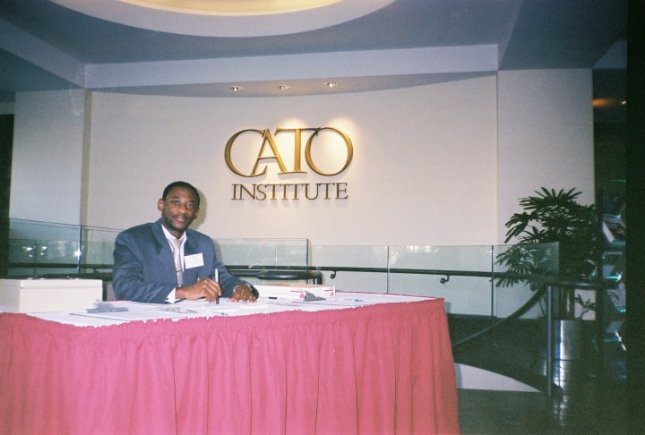 The Solar Energy Conference took place in Johannesburg, South Africa from 19 to 22 September 2011. This was an opportunity to address the challenges of solar energy as a source of energy and look at opportunities and growth potentials for sustainable solar energy provision in Africa. South African Energy and Public Enterprises Ministers, Elizabeth Dipuo Peters and Malusi Gigaba were both speakers at the opening ceremony of the conference.

One may think this was an event solely for South Africans or Southern Africans. The truth is that this event has showcased solar energy as an alternative source of energy for the whole of Africa, especially Central Africa. Central Africa suffers seriously from lack of adequate energy supply. This may be by fault or default.

It is surprising to know that since the First solar panel factory in East Africa was set up in Naivasha, the energy situation on the continent remains appalling. Naivasha is a market town in Rift Valley Province, Kenya, lying North West of Nairobi. It is located on the shore of Lake Naivasha and along the Nairobi – Nakuru highway and Uganda Railway. Naivasha is part of the Nakuru District. Though the intention for setting up this unit in Kenya was also to benefit Central Africa, the true picture is that Central Africa still remains in the dark.
This production facility is the first to produce Photovoltaic (PV) solar panels in East Africa and is the joint venture of Ubbink B.V. a wholly owned subsidiary of Centrotec Sustainable AG and Chloride Exide (Kenya) Limited, the local partner.Solar PV panels accumulate sunshine and convert solar energy into electricity. The panels are ideal for private homes and solar power plants for schools, hospitals, water supplies as well as for telecommunications systems.
As one of the sunniest continents on our planet, Africa’s solar energy is useful for mobile phone charging, water pumps, as well as home and street lighting. Minimising the use of high pollution energy sources by using solar energy, contributes to  saving the environment. At present, almost 98 per cent of the rural population in Africa does not have grid power supply and is therefore seriously hampered in its efforts to develop economically. The only available energy sources are costly diesel generators and high-pollution kerosene lamps. These sources of energy are maintenance-heavy and moreover affected by escalating fossil fuel prices.
Ubbink East Africa claims that within less than a year they have been able to train more than 40 people in a technology unknown before to the region.  They also claim to produce more than a 100 high quality solar panels a day and that these PV solar panels distributed by Chloride Exide will bring affordable electricity to most of rural Africa and help people to avoid the rising cost of diesel fuel for generators and kerosene for lamps. Though they claim that the first solar panel factory in the whole of East and Central Africa is giving an enormous boost to the local industry, this is still to be measured especially in rural Central Africa.

The Solar Energy Africa forum was therefore an important platform where solar energy in Africa was critically examined. This event provided a very practical take on how solar works, what has happened on the continent so far and what investment opportunities are available.

There has not been much training on solar energy in Africa. Teething problems and failed projects seem to be the experience alongside little to no investment in these projects because Africans have not validated these sources of energy and their technologies. Africans have to acknowledge though that with less regulation by governments, privatisation, foreign investment and more knowledge on solar energy, Africa will rise to this available source of energy and soar. Solar energy not only will guarantee nights with lights in hospitals or better quality of service in rural Africa, it will create jobs and bring about  better living standards for all.

Central Africa has all the resources for solar development but the catalyst remains political enthusiasm and will. The Economic Community for Central Africa remains adamant on spearheading this agenda forward. If the governments of Cameroon, Chad, Gabon, Equatorial Guinea as well as Central African Republic could make the issue of solar energy a priority, a gross part of rural Central Africa could be saved from the looming energy crises plaguing the sub region.

Posted by choforche on November 17, 2011 in Uncategorized

One response to “Central Africa’s role in building a solar energy agenda for Africa By Chofor Che, Thursday November 17, 2011”