On May 23 the World Bank approved a $50 million loan to Burkina Faso, one of many international development projects that will go into effect this year throughout West Africa and the world. Yet for all of the loans and aid projects in the region, Burkina Faso is just one of many African countries that is not on track to complete the Millennium Goal of reducing the poverty rate to 35%, among other objectives.

This particular loan from the World Bank will go to the Ministry of Labor and will create programs to train unemployed and underemployed youth to promote economic development. Most of Burkina Faso’s economy is based around agriculture and mining, particularly cotton and gold, so the lack of industry diversity can negatively affect economic growth. Even with a drop in poverty rates since 2003, from 49.2% to 46.7% in 2009, a huge percentage of Burkina Faso’s population still lives in poverty. In order to create the necessary jobs for youth in the coming years, the World Bank’s loan will go toward training programs for young people aged 15 to 34 in order to diversify the economy and hopefully reduce poverty rates.

When discussing these credits by international institutions, the following question arises: Are loans from the World Bank and other organizations such as the United Nations or individual governments — the United States gives more money in aid than any other country in the world — effective ways to helping developing countries such as Burkina Faso? There are certainly success stories such as the NGO Right to Play, which promotes education and health among young children through the medium of sports and playtime, or United Nations organizations such as UNICEF, which runs a large variety of programs for children’s health, education and economic future across the world. These organizations depend on money from governments such as the United States and European countries to fund their many programs and have had a largely positive impact on many people.

But as the Heritage Foundation published in 1996, many countries that receive loans from the World Bank or enjoy the presence of a large international aid organization are not necessarily better off than they were 50 or 60 years ago. In Burkina Faso, for example, the Gross National Income per capita is slowly growing, but has not seen a convincing increase in the past decade, In addition, its GNI is much lower than the GNI of other Sub-Saharan countries, as shown on the graph from the World Bank below, in spite of international aid and loans.

While in many cases a loan from the World Bank can prove useful to the receiving country, too often it leaves developing countries in increasing debt to these international organizations and struggling to repay it. This accumulating debt has an indirect impact on the taxpayers in the countries whose governments support these programs, so if for no other reason it is important for us to understand where this money is going and whether or not the programs that it funds are successful.

International aid and bank loans are certainly not all bad, however. A report funded by the World Bank entitled “Yes Africa Can: Success Stories from a Dynamic Continent” paints a different picture from the Heritage Foundation report. Inflation is down from the 1990s and private investment, particularly from China, flows freely across the continent, outspending international aid.

Posted by choforche on June 20, 2013 in Africa Development

For the first time in generations, more investment than foreign aid is pouring into Africa. But is that growth enough to change its future?

This is the first article in six-part series designed to investigate the changing economic and developmental possibilities that are facing the African continent.  As more foreign investors are exploring potential windfalls in Africa, it is making places that were on the margins of a global economy more directly tied to the process of globalization.

This 2-minute video shows how a an enterpreneur has made his business (an internet cafe) self-sufficient, not relying much on external infrastruture.  Modern Africa has advanced beyond what many in the developed world acknowledge and is beyond some the old stereotypes of that characterize how people view the ‘Dark Continent.’ 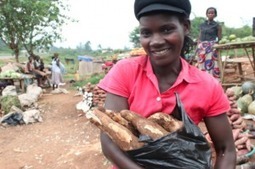 No helping hand for Africa in G8 trade talks – The Conversation

The Conversation
No helping hand for Africa in G8 trade talks
The Conversation
Tariff-free market access is only granted if this share exceeds some threshold. The second restriction concerns standards.

A holistic approach may be vital in combating insecurity in the Gulf of Guinea, by Chofor Che

Cameroon will on June 24 to 25, 2013 welcome Heads of state and other world leaders for the first ever international meeting on maritime security in the Gulf of Guinea. In his announcement on June 17 2013, Cameroon’s Minister of Communications, Issa Tchiroma said Heads of State of the Economic Community of West African States (ECOWAS) and the Economic Community of Central African States (ECCAS) member countries, United Nations (UN) representatives; African Union (AU) and Interpol officials will attend the summit.

The Gulf of Guinea is found in the northeasternmost part of the tropical Atlantic Ocean between north and west to Cape Palmas in Liberia and Cape Lopez in Gabon. Among the many rivers that flow into the Gulf of Guinea are the Volta and the Niger . The coastline on the Gulf includes the Bight of Bonny and the Bight of Benin. Organic sediments were deposited especially by the Niger River into the waters of the Gulf of Guinea over millions of years which became crude oil. According to Wikipedia, lastly modified on June 15 2013, the Gulf of Guinea region, along with Angola and the Congo River delta are expected to provide around a quarter of the United States of America’ oil imports by 2015. This region is now considered as one of the world’s top oil and gas exploration destinations.

For some time now, Nigerian gangs have targeted the waters of West Africa, making the Gulf of Guinea the newest hot spot for piracy. The Gulf of Guinea is home to one of Africa’s busiest ports with a lot of oil and fuel passing through each year. Pirates have targeted ships carrying oil and fuel that can be easily sold on the local black market. Pirates have also attacked countries that border the harbour, including the Ivory Coast. According to a report from eNews Channel Africa, dated May 30, 2013, a total of 58 attacks were recorded in the Gulf of Guinea last in 2012, including 10 hijackings. The latest attack occurred in February 2013 where pirates hijacked a French-owned fuel tanker off Ivory Coast.

First of all the private sector in the Gulf of Guinea is still seriously underdeveloped. The indigenes of this area remain improvised and unemployed, while major multinational companies benefit from natural resources, with encouragement from unscrupulous African leaders. Secondly, the taxes paid to African governments by multinationals are instead starched in foreign bank accounts by corrupt leaders, while their citizens languish in poverty. Although former World Bank executive, Nigeria’s minister for finance Ngozi Okonjo-Iweala, at the Lancaster House conference on Saturday June 15 2013, purported that multinationals pay far less taxes than they are supposed to, this money can be put into good developmental use by African governments.

Stepping up security in the Gulf of Guinea is thus very important, but this cannot solve the problem of insecurity in the area. Insecurity concerns in the Gulf of Guinea thus warrant a holistic approach, with more attention on creating jobs and improving the livelihood of the indigenes. Many may argue that most of the pirates carrying out atrocities in this area are from parts of the African continent such as Somalia, but the truth is that these pirates even recruit disgruntled locals who do not benefit from the proceeds of the natural resources exploited from their area.

There is therefore a need for the various governments in the Gulf of Guinea to revamp their private sector and create jobs for their citizens, a majority of whom are of youthful age. It is equally vital for taxes paid by oil multinationals especially to be judiciously utilised in the development of the area. Instead of allowing this money to be starched in foreign bank accounts, African leaders should be coerced especially by these multinationals and the World Bank to ensure that the money paid in as taxes is judiciously used for development and employment. It may also be important for states in the Gulf of Guinea to develop a local policy content which would allow for locals to benefit from activities of multinationals. Ghana already has a commendable local policy content. Other countries in the Gulf of Guinea like Gabon and Cameroon need to follow same. With such a combination of possible suggestions, the Gulf of Guinea would definitely be a safe haven not only for multinationals, but also for the indigenes of this area who also suffer from these attacks.

Posted by choforche on June 18, 2013 in Africa Development

Building a venture from scratch not for the faint-hearted, says gourmet tea entrepreneur 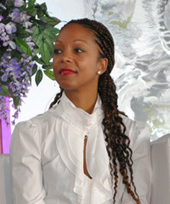 Cote d’Ivoire-born Swaady Martin-Leke is the founder and CEO of YSWARA, a newly launched African tea company that is targeted at the higher-end consumer market. The company is based in South Africa, but sources its teas from across the continent. According to Martin-Leke, the luxury market in Africa offers increasing opportunities with the steady growth in the African middle class and discretionary income.

Posted by choforche on June 12, 2013 in Uncategorized 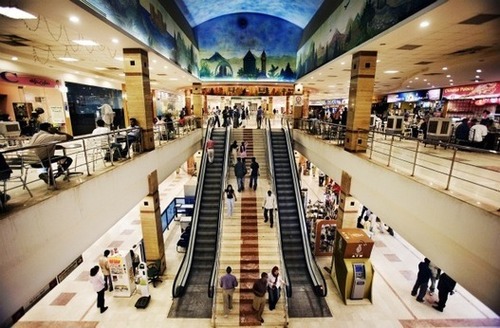 After years of headlines about Africa‘s poverty, its emerging middle class is now grabbing attention as a driver of growth and democracy and an expanding pool of consumers for market-hungry retailers.

Posted by choforche on June 12, 2013 in Uncategorized